Home/Individuals with LGMD - Interviews, LGMD1B/INDIVIDUAL WITH LGMD:  Maria
Previous Next 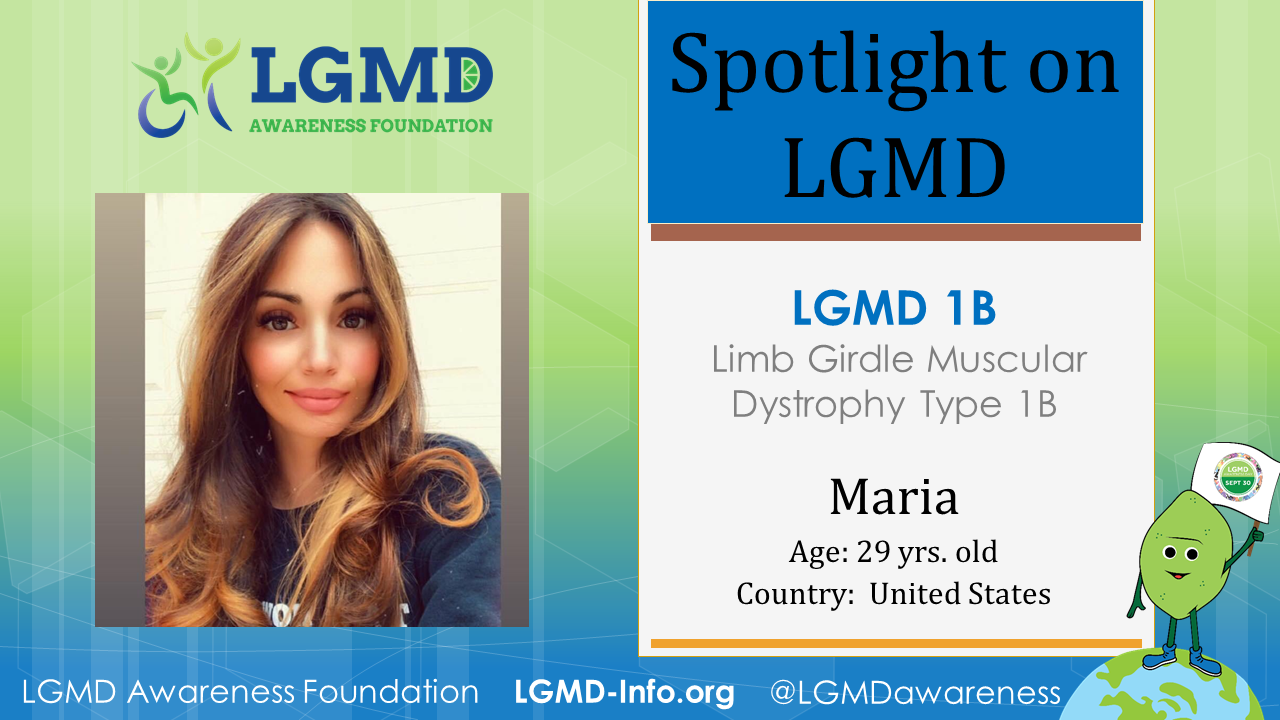 At what age were you diagnosed:

What were your first symptoms:

My parents said I didn’t walk until 17 months. I also walked with a waddle and was using my arms to help me get up from a sitting position as a toddler.

Do you have other family members who have LGMD:

No, I am the only person in my family with LGMD.

What do you find to be the greatest challenges in living with LGMD:

Mentally: The assumption that we do not live a normal life is the biggest challenge for me. Physically: Learning to accept the progression when I notice something got weaker.

What is your greatest accomplishment:

Getting my license and my own car. The process of doing so took a long two years. It felt like there was never an end in sight. Having my car has changed my life and helps me remain independent as possible.

How has LGMD influenced you into becoming the person you are today:

It has definitely shaped my personality and who I am. My fierce personality comes from my determination to show others that we are able. My passionate side comes from fighting since day one, even as a child. Growing up with a disability has shaped me into more ways I could imagine. I know that this disease has made me into the Maria that everyone knows.

What do you want the world to know about LGMD:

I want people to know that it is considered a rare disease so there is no treatment or cure. Also, I want to shout from the mountain tops that it is not MS!

If your LGMD could be “cured” tomorrow, what would be the first thing that you would want to do:

I’d run to pick up my five nieces and nephews. I’d go to the mall and pick out an outfit without having to worry about being to skinny to fit into anything. And then I would probably go putt putt. That’s definitely something I miss that used to be a huge part of my childhood. My dad would take my sisters and I almost every week as kids and so it became one of my favorite things to do.